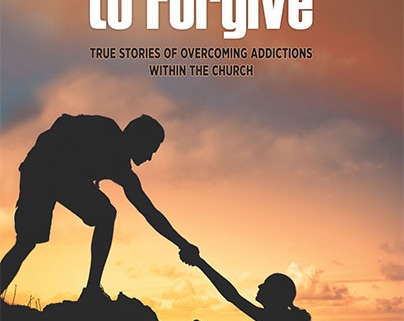 I am May. I grew up in Japan amidst my father’s problems of alcohol, gambling and cigarettes by helping my battered Christian mother. I was suicidal at my baptism at age twelve, believing I might have to die for her like Jesus had died on the cross. When I was twenty-five, I thought my father’s death would be the end of my misery. But, having studied in London from age thirty-four to thirty-six, I began to suffer from my mother’s rejection. She did not appreciate my change, while I kept on seeking her approval.

At age forty-five, on the 20th anniversary of my father’s funeral, , I shouted at the closed door of a guesthouse in the Philippines where I was staying on a Christian retreat,

”Come out father! Make your apology to my mother and me!”

Extract from the book ‘Forgiven to Forgive’ available from 15th June 2020!

William Rumball has been writing poetry for many years from his experiences he has had spiritually and from personal reflections. See an extract below from his poem ‘Citizens of Heaven’.

The earthbound, no matter if we know how or when,

Inspires our hope of renewed creation.’

This is a must read book on poetry that will make you think about different areas in one’s life!

This is a true story of how God brought the author through pain, hurt and rejection and taught her to stand on His word until breakthrough was seen!

Just published Beryl Bamu’s book on ‘Transformation – The Journey of Extra’! This book is a must for any believer that wants God to transform their lives not just when they first get to know the Lord but continuously throughout their life both spiritually and physically. A must read!